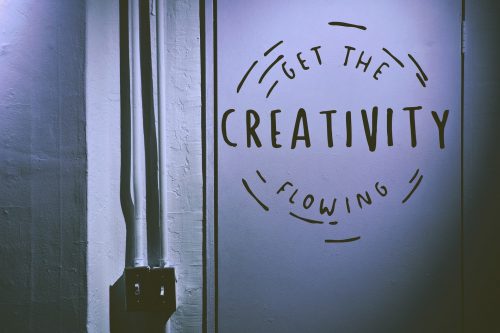 “Human workers in the future will need to be creative to fully realize the benefits of all the new things for the future—new products, ways of working and technologies. Robots currently can’t compete with humans on creativity. The future workplace is going to demand new ways of thinking, and human creativity is the key to it. “ – Bernard Marr, “The 10 Vital Skills You Will Need For The Future of Work”

I see Industry 4.0 as a journey rather than a destination. Along the journey are many bottlenecks. There is simply no avoiding it. We recognize the need to develop cultures in our workplaces and skills individually to aid us on this journey, just as we would in lean pursuit of perfection or “True North.”

The quote above by Bernard Marr struck a chord with me. As a parent raising a teenager, this anticipated reality influences how I encourage creativity in my child. While we may over-exaggerate how quickly these technologies will move to eliminate most roles, it is hard to argue with the fact that humans have an edge over robots when it comes to creativity. When we lose that, we’ve probably entered into a scary era where machines cannot be distinguished from humans. Without getting into the ethical dilemmas of pushing AI too far, creativity is nonetheless an incredibly valuable skill for people on the Industry 4.0 journey.

If you’re feeling like you might be a square peg in a round hole when it comes to creativity, don’t sell yourself short. Instead, you may want to investigate neuroplasticity and its role in learning. You are capable of a lot more than you give yourself credit for. Neuroplasticity from learning definitely favors the young, according to the Center on the Developing Child at Harvard University our brains response slows and the amount of effort changes as we age: 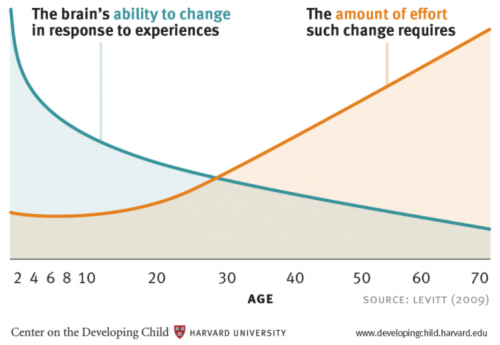 According to a study by Benjamin Jones of Northwestern University:

“Scientific and creative brain activity reaches the peak between the ages of 35 and 40.”

To back up this claim, Mr. Jones plotted Nobel Prize winners and top technical innovators of the 20th century, the results are stunning: 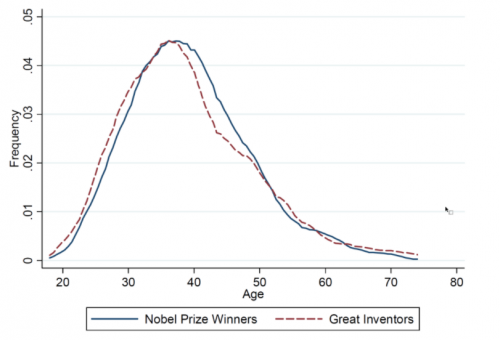 The ability to change and effectively re-wire ourselves through experiences never stops. These events are our triumph over nature, over doubt, destroying obstacles and setting us up to deal with future obstacles in a more effective way.

We can use our mental resilience and neuroplasticity to build our own (and our team’s) creativity, too. Over the next two weeks, I challenge you to push your creative thinking skills. Here are 10 exercises you can try. (I personally liked one, two, and five the most.)

If you found this newsletter useful, please share it with a friend. If someone shared it with you, you can sign up here.

(This newsletter was originally published on October 16, 2020.)