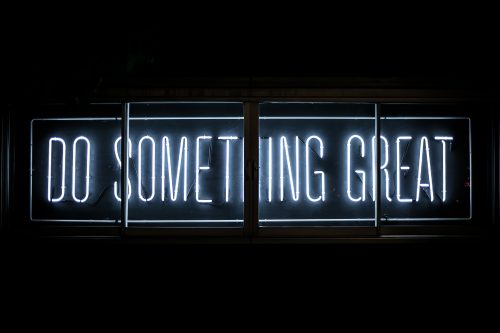 I don’t do a lot of social media. I had to turn down the noise last year so I could focus. It was a very good decision for me personally.

The one network where I do continue to participate is LinkedIn, where I keep in touch with people from my professional life. While browsing my feed for the latest news from my contacts, I came across a post about someone who had suddenly and tragically passed away. The name was extremely familiar and unique. I had that selfish “I hope it’s not the person I know!” reaction, but it took only a few seconds to realize it was indeed the gentleman I knew, and had worked with the last couple of years.

I immediately typed response and added my comment, a two-sentence tribute to a man who I (relatively, read on) barely knew, but in the coming days would grow to wish I had known better if we just had a little more time in our less restrictive environment.

Professionally, I knew this man was a big deal. He had risen to a very prominent position, in an environment not easy to rise in, and had already formed a sizeable legacy of significant achievements. The work we did together was special because of his vision. It was just a start, but a great foundation to grow on top of.

Personally, he was a giant. And I had no idea until I started to read about his legacy, and watch a recording of his memorial. He had several meaningful networks of people sharing stories about him. They spoke about how he had encouraged them, and how he had become a great friend, like family, and how he had made them laugh. The tone was somber, but overwhelmingly positive and celebratory in nature. I cannot imagine leaving behind a better legacy. Frankly, I was really sad that I had missed the chance to develop a personal friendship with him.

In a time where much of what we see on TV and social media is very divisive, this man was building people up, making his co-workers better, his family better, his friends better, and always learning. While pondering this, I knew I had to share this story and the valuable lesson I learned. Finding out what I didn’t know, that a giant was hiding is plain site.

Since this lightbulb went off, I’ve been more present in my conversations with people. I’ve been trying to open my eyes and see what I might have otherwise have missed. Their genius, their superpowers, their extraordinary talents and gifts. The effect it has had on me personally is extremely comforting. It combined with turning away from negativity, creates hope, optimism and joy.

You’ve probably read at some point about keeping yourself open to abundance. The concept takes on many forms. If you’ve ever read any self-improvement books, you will know precisely what I am referring to. If you haven’t, you likely have instinctively done it anyway during certain times of your life. Or perhaps, learned it through your religion, through clever quotes based on ancient philosophy such as stoicism, or maybe from friends and family members during casual conversations.

While we may have no idea how long we’ll be on this earth, it’s never too late to get involved and make a difference to those around you – friends, family, coworkers, community. Who were your mentors when you were coming up in your career? What did they mean to you? Why not pay it forward and become a mentor to the younger generation coming up behind you? We all have wisdom we can pass on and a great way to do this is to share it with others who will carry on your legacy.  So I urge you to find those hidden giants in your network of friends and business contacts. Seek them out and learn from them, and then pay it forward.

If you found this newsletter useful, please share it with a friend. If someone shared it with you, you can sign up here.

(This newsletter was originally published on July 9, 2021.)