If your actions inspire others to dream more, learn more, do more and become more, you are a leader. -John Quincy Adams

There is something extraordinary going on in the San Joaquin Valley. Economic development, education, and business interests have gotten together to form the San Joaquin Valley Manufacturing Alliance. Their upcoming manufacturing summit has already been making waves here in California, and I wouldn’t be surprised if they are felt farther and farther out as great ideas tend to spread.

In Episode 9 of the Manufacturing Advocates Podcast, I go in-depth with two impressive gentlemen Mike Dozier and Mike Betts discussing the SJVMA and the Manufacturing Summit. I was really impressed with the work these two and their organization have done to help the community in a number of different ways. Listen in and hear for yourself.

More about the guests 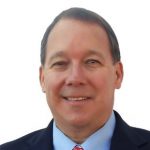 Mike Betts is currently Chairperson and Champion for SJVMA, He is also CEO of Betts Company. Mike has been incredibly generous with his time to help his community in many ways. This interview was truly the tip of the iceberg. Mike wants to be remembered as someone that always focused on improving the way things moved at Betts and in the community, putting his people and community first. To further build on the successful Betts Company legacy and leave it better. Today his son Bill and the team at Betts are as energized and excited about what the future will bring as at any time in their nearly 150-year history. 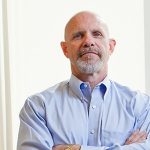 Mike Dozier is currently the Vice-Chair, Government & Public Policy for SJVA. He is also the Executive Director, Fresno State Office of Community and Economic Development. Mike has a distinguished career in economic development and knows a thing or two about leadership, in fact, while I was setting up my gear he was discussing Abraham Lincoln. Mike hopes that his legacy is that he made a positive impact on the world and had fun doing it. Also that he “made his kids proud”.

I believe another episode of the Manufacturing Advocates Podcast is a possibility with these two. I wish I had left the recorder running in my conversation with Mike Betts. After Mike D. had to run off to an appointment Mike Betts hosted me for additional discussion and lunch at Betts HQ. It was a truly memorable experience. What do you say, Mike and Mike?

Want to interface with Mike, Mike, and other past guests? Join the other US Manufacturing Advocates on LinkedIn. Also, don’t forget to subscribe to our Five-Minute Gemba Newsletter!