You might recall earlier this month when we asked you where you thought that Tesla would build their 5 billion dollar battery giga-factory. At the time only Arizona, Nevada, New Mexico and Texas appeared to be in the running and you voted fairly overwhelmingly in favor of Arizona. On April 26th New Mexico Watchdog reported that there may be a chance that the factory will be in California. What led them to speculate that California was also in the running for gigafactory was the lease of 430,000 square feet in Lathrop, CA. Lathrop is a mere 52 miles from Tesla Motors plant in Fremont, or about a 1 hour drive (without rush hour traffic of course!) door to door. There are some obvious advantages to being in California and some disadvantages. 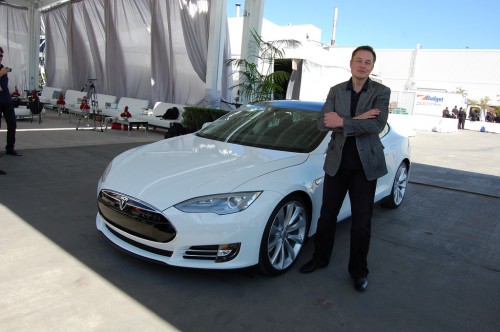 The Advantages for a Tesla California Battery Factory

The biggest advantage we already eluded to, the very close proximity to their Fremont Model-S plant. This would save transportation cost for the finished product, but not necessarily for the raw materials. Another advantage is the port of Oakland, which may be a convenient point to receive raw materials.

The Disadvantages for a Tesla California Battery Factory

The disadvantages are predominantly the business environment in California. Taxes are high, there is a lot of red tape and regulations, but Elon Musk has already experienced this environment for all of his business ventures. At least if Tesla chooses California they know what they are dealing with.

Our Best Guess and Hope

In the end it very may be that proximity to the  former NUMI now Tesla Model-S plant will bring the giga-factory here to California. It’s hard to imagine what they will use the Lathrop property for but regardless it’s good news for the Golden State. Big facilities that are vacant getting a tenant like Tesla will no doubt result in jobs and opportunities. This may be the next chapter in the seemingly gravity defying career of Elon Musk. A battery plant in California, are you out of your mind? We hope so, we could use the jobs!

[…] results of this Tesla Battery Factory poll were posted on […]

It will not be Lathrop. For there they are making the equipment to go into the Giggafactory and the finish and fill out Fremont. They are going totally vertical. Giggafactory will go to Texas or Reno. Texas for political reasons. But, I believe they have pulled permits in Reno. They may do Nevada as they might be using Vanadium in the new battery mix. There is a new Vanadium mine going online in Eureka County, Nevada. It will provide the cheapest source as it is the purest and sitting on top of the ground. They just need to scrape it… Read more »

Hi Patrick, thanks for the information. I was reading Monday that Elon Musk did rule out California already. Though that does make me wonder what they’ll do with the Lathrop facility, still good news I guess.