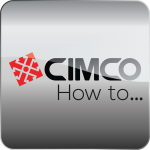 Since January 1st of 2019, CIMCO has bundled both a single communication port and the license server option with CIMCO Editor for no additional charge. As a result more of our customers are putting the License Server feature to use to float one or more licenses over as many computers as they'd like. Most of this article is pulled from "Getting Started with CIMCO Software … END_OF_DOCUMENT_TOKEN_TO_BE_REPLACED 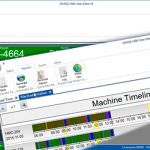 In November of 2015 CIMCO A/S the makers of CIMCO Software products such as CIMCO DNC-Max, MDC-Max, CIMCO Editor and CIMCO MDM announced that version 8 would be release in 2016. While CIMCO has a very busy group of developers with updates made usually multiple times per week, so called "point releases" or new versions are generally every 1-2 years and include significant … END_OF_DOCUMENT_TOKEN_TO_BE_REPLACED